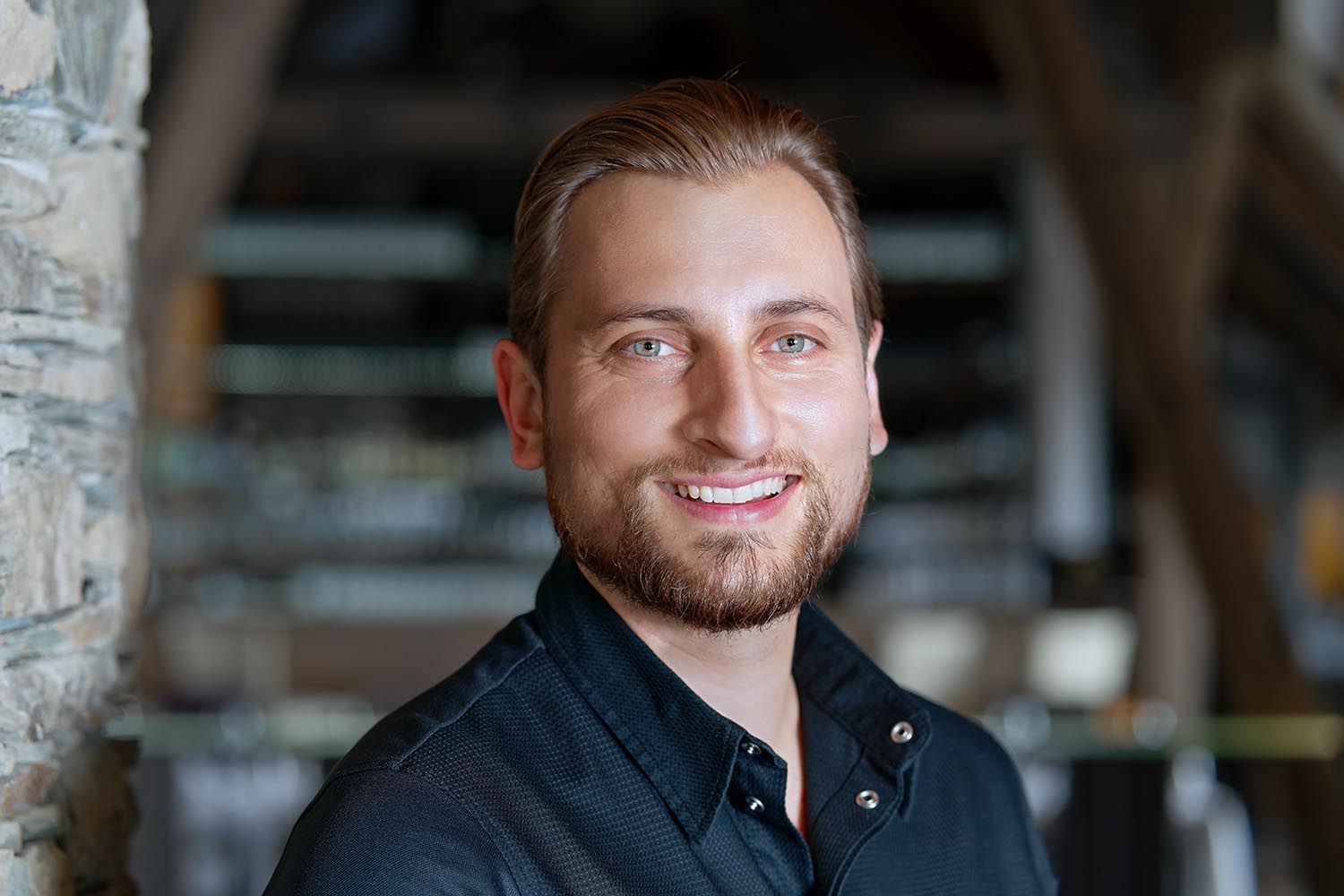 Petr Kunc gained most of his experience working in the United Kingdom alongside Michelin-star chefs including Albert Roux, Tom Aikens and Giorgio Locatelli.

After seven years in England he found his way home to the Czech Republic, in 2013. He first took the lead in the renowned Prague restaurant V Zátiší and a year later accepted a position at the SOHO restaurant in Prague. Since 2016 he’s been fully involved in the Salabka restaurant. The cuisine he created with his team is considered a hidden treasure in Prague’s Troja.

Petr is married to Gabriela Kunc Lacherová who works by his side as the Restaurant Manager. 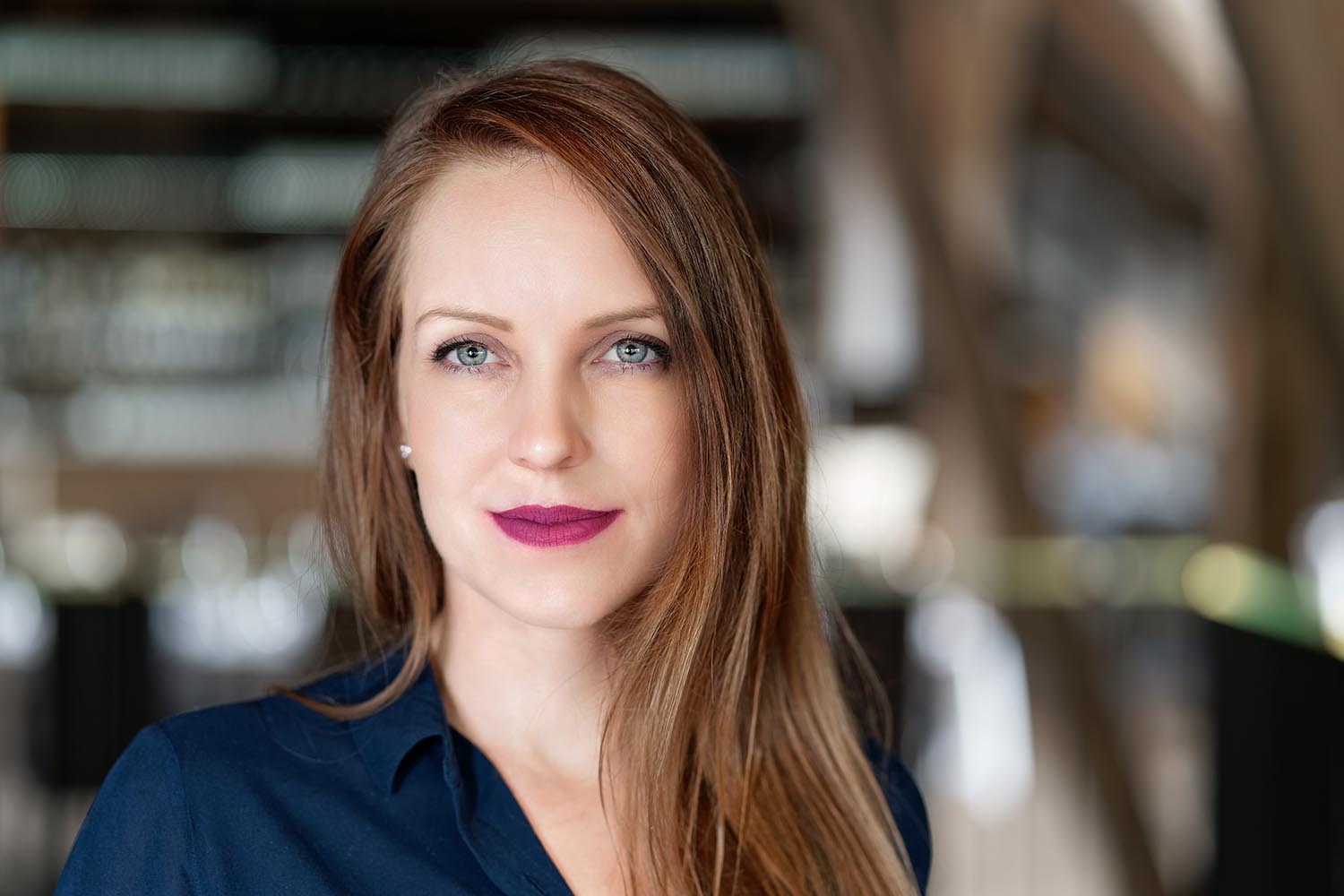 Gabriela Kunc Lacherová began her focus on gastronomy in 2006, while she studied economics at the Open University in London. What initiated as a job grew into a passion that remained with her long after she completed her studies.

First she served as a waitress in Oxford, working her way up over the years to bar manager and then restaurant manager. During the final four years of her stay in London she leveraged both her economic and gastronomic knowledge to work as Office Manager for Jamie Oliver’s restaurant. Prior to accepting the challenge to join the Salabka team, she worked as a managerial assistant in the Prague restaurant Mlýnec and subsequently as an Event Manager in the SOHO restaurant in Prague.

Gabriela is a very focused manager who pays great attention to details. She loves travel, design, food and, in particular, fine wine. Her next goal is the successful completion of her sommelier certification. 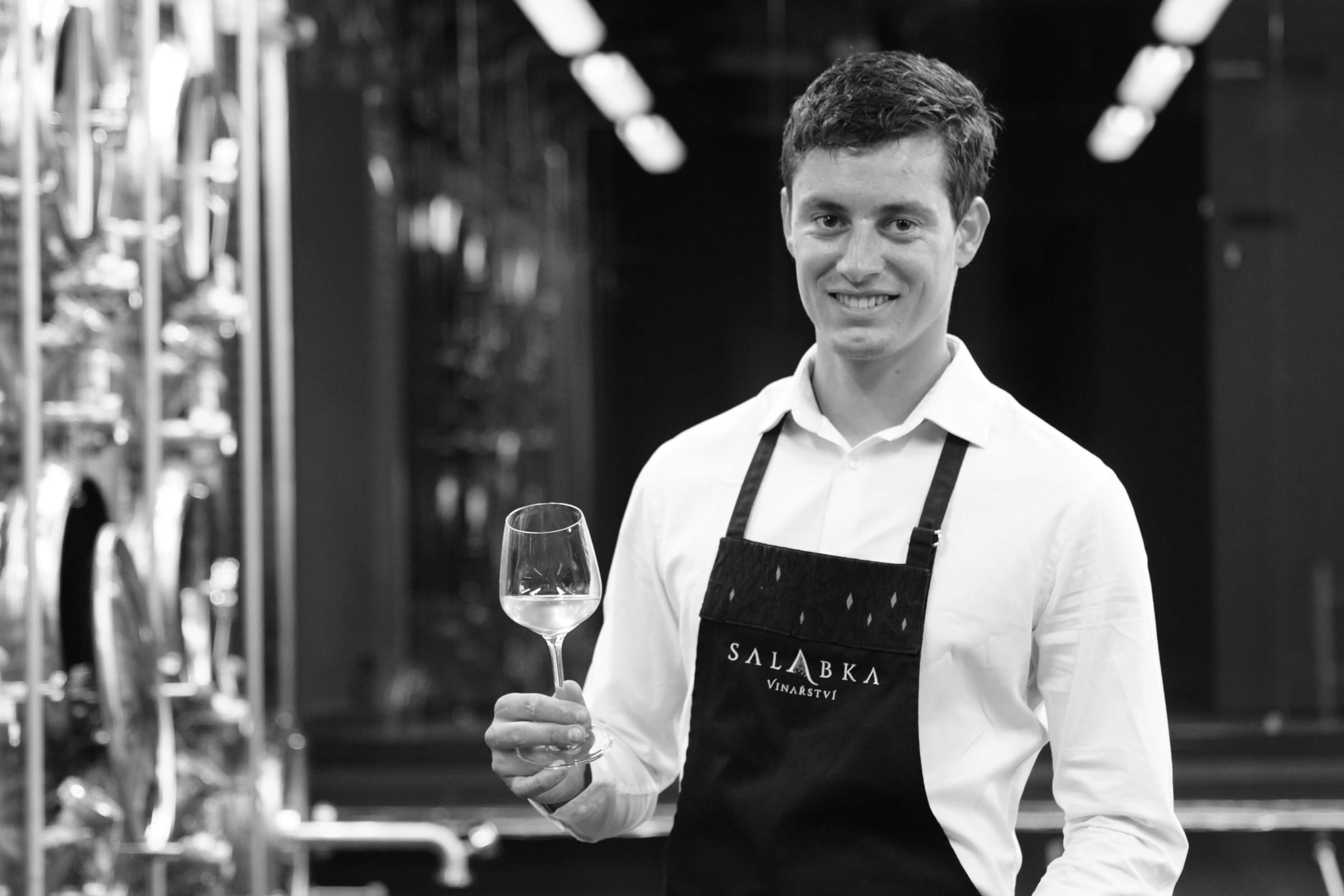 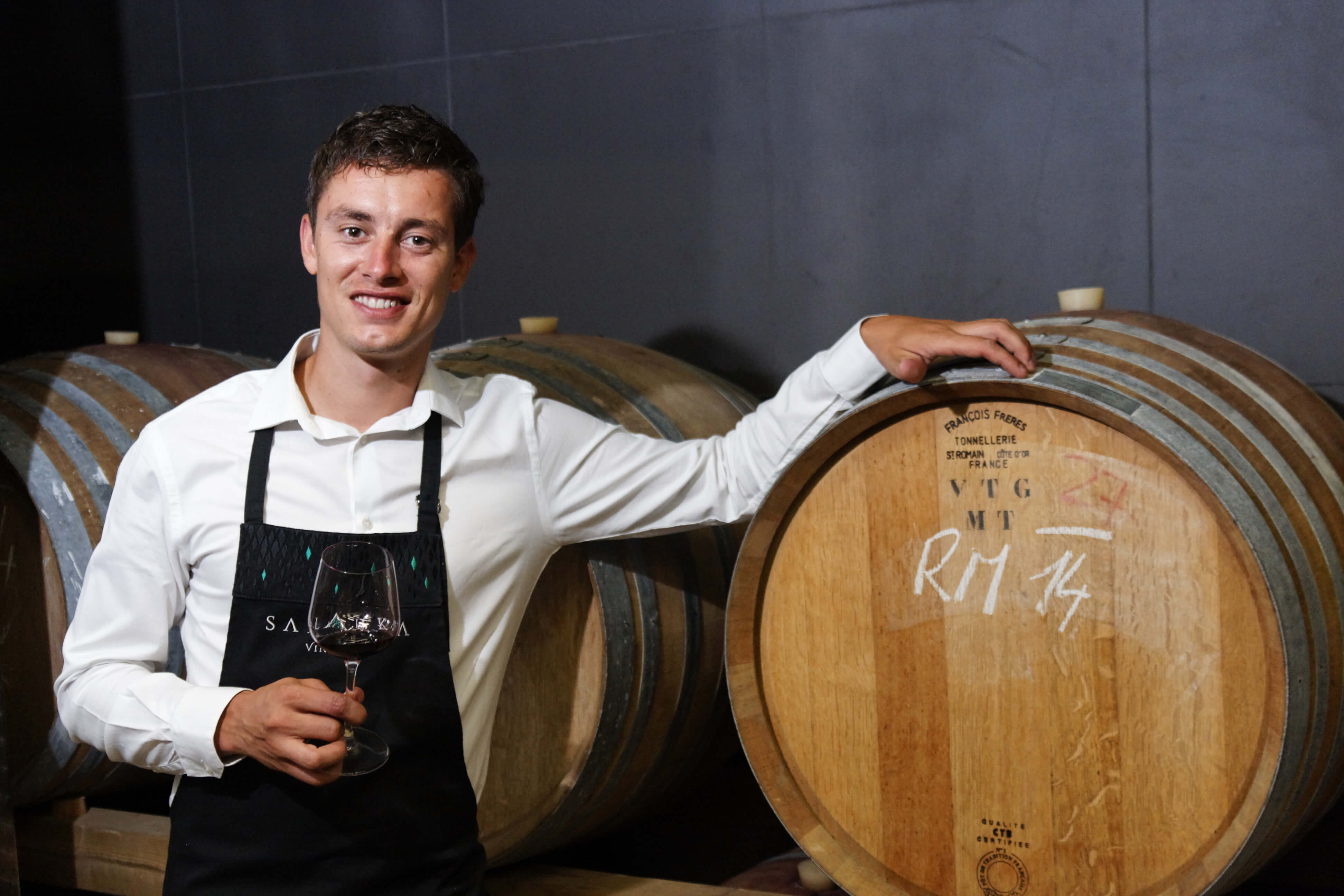 You have to be born wine maker. But to really be one, you have to recognize it in life, use the right opportunities a give it all it needs.

Tomas is a winer with drive, which is based not only on experiment but also on feedback - everything he creates must be tasty and bring joy to people. For everything to be this way he knows that he needs to reveal from time to time something about his alchemy. He is fulfilling his dream on Salabka - to create the best small wineyard.

How do I get to the winery and restaurant Salabka?

Salabka is located 8 km away from the city centre of Prague, 15 minutes drive by car. Salabka has parking availability at the property complex. Parking spaces are reserved for restaurant and apartment clients only.

You can also make use of the city's public transport. The bus number 112 departs from Nádraží Holešovice, which is on the Prague's Metro C line. The bus takes about 10 minutes and the exit station is called Botanická zahrada Troja. Then continue on foot and walk up to K Bohnicím Street. Salabka is just 200 meters from the bus stop.

Can we visit Salabka vineyard without going to the restaurant or staying here in the apartment?

Of course. The largest vineyard in Prague is open to the general public. You can enjoy the marvellous view of vineyard and the city. However, entry to the property of the winery is not allowed without priory approval. If you would like to visit winery, please give us a call and set up the time and date reservation.

Can we come to the restaurant with children?

During lunch time from 12.00 till 14.00, we have no restrictions on children. We can offer children's menu, high chairs and limited stroller storage. Every Saturday and Sunday, we offer creative workshop and babysitting with professionally trained staff at Salabka.

During the dinnertime from 17:30, we reserve the right to refuse entry to children. Restrictions are unfortunately necessary in order to ensure the satisfaction of all clients of the Salabka restaurant.

What is the dress code?

Salabka is a fine dining restaurant. The recommended dress code is smart casual.

Can we visit a restaurant even if we have a special diet and allergy requirements?